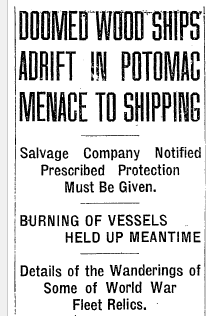 Saying the term “ship graveyard” conjures images of jagged reefs, pirates, dense fog, and a ghost or two. But what if I said that I found the largest shipwreck site in the Western Hemisphere and it was actually…pleasant. Nice, even. The name Mallow’s Bay makes the place sounds more like it belongs sandwiched between graham … END_OF_DOCUMENT_TOKEN_TO_BE_REPLACED